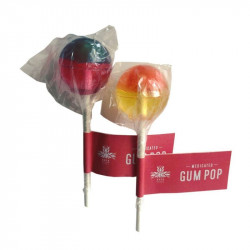 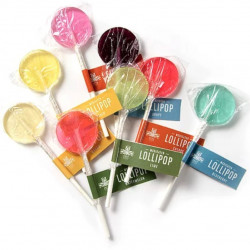 Weed lollipops represent a healthy and easy-to-consume alternative to traditional smoking marijuana with a longer-lasting effect of cannabis. Marijuana lollipops are without a doubt a great choice among other cannabis-infused edibles. When you buy weed lollipops in our store, you can be sure that you get an amazing tasty and a highly potent product.

The best-seller among weed lollipops

Kush Kitchen Gum Pop 180 mg THC is an absolute hit among marijuana lollipops for sale. One of the major advantages of this amazing weed lollipop – price. You get the pack of ten powerful cannabis lollipops for only $ 130. When you buy weed lollipops online from our store, you save $ 20. You get each of ten pieces of total perfection among weed-infused lollipops for as low as $ 13.

Each Kitchen Gum Pop contains 150 mg of THC in its shell. That means that only half of this lollipop shell may be enough to provide a powerful and long-lasting effect. Another 30 mg of THC is contained in the gum. But that’s not the only reason why these are probably some of the best marijuana lollipops for sale.

These sweet treats, each weighing 18 grams, are made from the best quality ingredients. The fact that there are no pesticides, chemical components or other harmful additives is another reason to buy weed lollipops online from our store. Kush Kitchen, known for creation of the first ever weed-infused gum pop, maintains the consistent quality of production throughout the years. This is also is one of the best tasting marijuana edibles devoid of weedy taste but filled with unforgettable aroma combinations.

This yummy gum pop is available in several flavours such as:

What’s the difference between a conventional weed edible and marijuana lollipops?

The main downside of marijuana edible is that usually, it can take up to an hour to unwind the effects of ingested cannabis to the fullest. This is because your intestines absorb cannabis products into your bloodstream much slower than your lungs.

Unlike some conventional marijuana edible, weed lollipops kick in faster because they are absorbed sublingually. The THC contained in gum is actively absorbed through the mucus membranes of the mouth too. So, lollipop or gums from a weed-infused gum pop usually take less time to kick in. This makes weed lollipops a more attractive THC delivery form comparing to other marijuana edibles.

It makes it easier to define dosage and enjoy the medicinal and recreational effects of THC because the risk of taking too much is considerably lower.

Cannabis lollipops can be useful in coping with those medical conditions that cannabis, in general, helps alleviate.

The same can be said about using weed lollipops for recreational purposes.

They provide long-lasting high as other marijuana edibles but kicking in quicker than them due to the sublingual absorption of THC.

The smokeless type of consumption makes them an excellent choice for a party, a concert or for some fun activities out, which definitely will bring much more fun with lollipops like Kush Kitchen Gum Pop at hand.

Give yourself a try - and you will definitely want to order some more of these sweet cannabis lollipops to experience this amazing body high again and again.