The positive effects of cannabis on the brain and body

Cannabis is one of the most promising plants on Earth in terms of perspectives of its usage – for both recreational and medical purposes. There are numerous beneficial effects of cannabis components on the human brain and body. What is already known about these health effects is astonishing, giving cannabis a huge potential to make up a natural replacement for current pharmaceuticals with multiple negative side effects.

The healing properties of marijuana have been known to humankind for thousands of years. From ancient times people used cannabis intuitively understanding its potential to cope with a wide spectre of health problems, such as alleviating stress and depression, fighting weight loss due to appetite problems, coping with pains of various nature, muscle spasms and insomnia treatment. Some archaeologists argue that our ancestors inhaled cannabis smoke as long as 5000 years ago. The archaeological findings show that 2500 years ago ancient people already certainly used cannabis to relieve grief during the ritual of burial, putting the cannabis flowers and leaves on the hot stones in braziers and most likely purposely inhaling the smoke emanating from them. 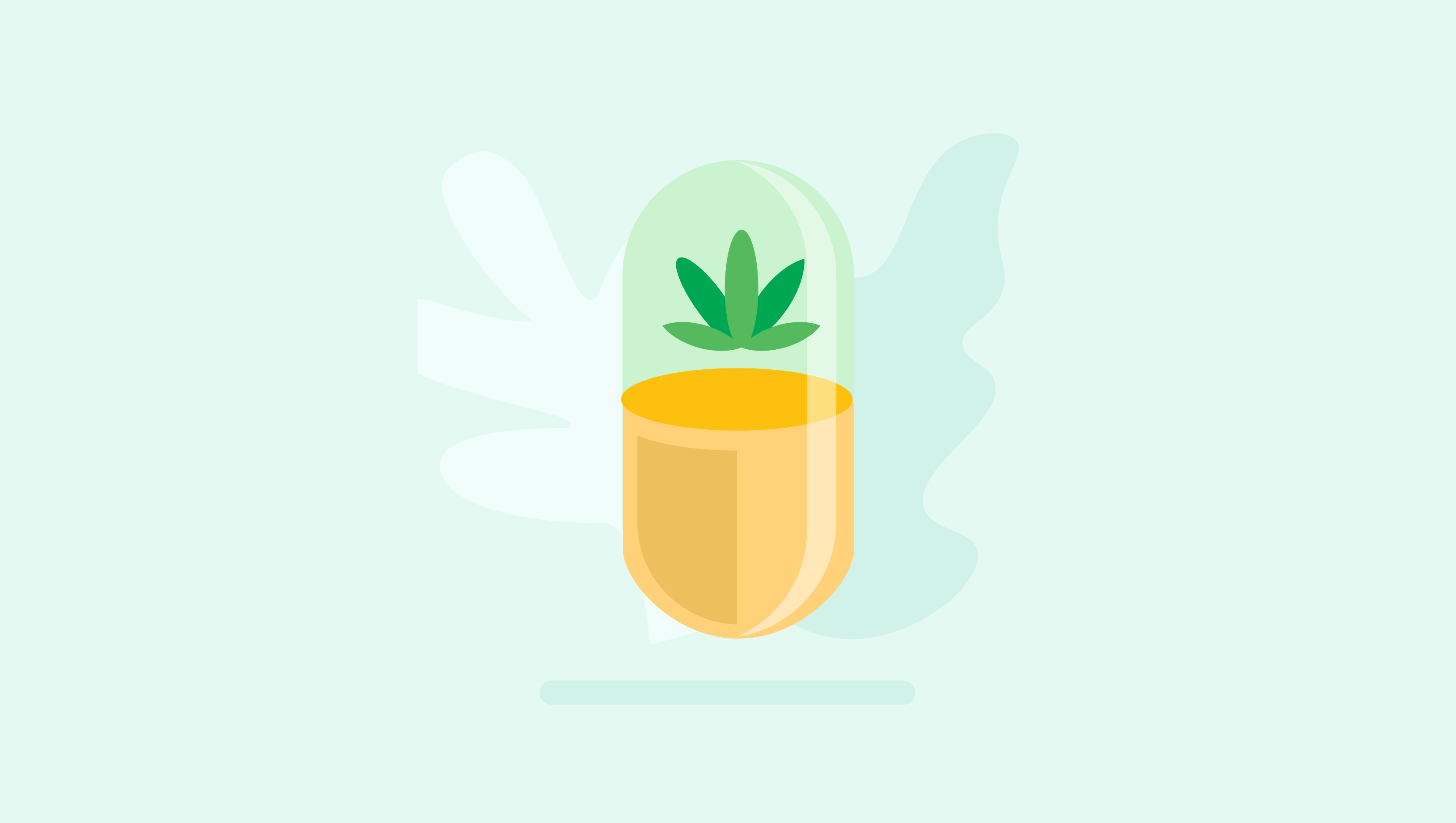 The ability to alleviate signs of depression and stress is one of the best-known healing properties of cannabis, and also one of the oldest ones known to mankind. However, modern science only recently started to search for answers to how these wonderful marijuana traits work.

The funny part of the science behind marijuana is that we actually have a lot in common with weed. The human body produces substances very similar to those found in the cannabis plant. These marijuana-like substances take a vital part in the functioning of the so-called endocannabinoid system in our bodies comprising receptors and neurotransmitters. Neurotransmitters are the substances working like chemical messengers to our brain regulating processes in our bodies while receptors in the brain and body work like cannabinoid signal receiver. Anandamide produced in the human body is one of those neurotransmitters very similar to cannabinoids found in marijuana. Interacting with cannabinoid receptors of our endocannabinoid system, anandamide plays an important role in regulating such functions as pain sensations, mood, appetite, memory and even fertility. The very name of anandamide comes from the Sanskrit word meaning bliss.

The effect of uplifting the mood making everything around funnier and more positive is firmly associated with cannabis use for recreational reasons. This effect is commonly attributed to the most well-known component of cannabis – THC or tetrahydrocannabinol.  THC is known to stimulate brain cells to release dopamine, which in turn produces the feeling of euphoria or high.

However, the science of marijuana is a bit more complicated as it is one of at least 113 other cannabinoids found in the cannabis plant. The effect known as “high” depends not only on the concentration of THC in cannabis but also on the combination of other substances in the plant producing the so-called entourage effect which gives the unique experiences to consumers with every different strain of cannabis. 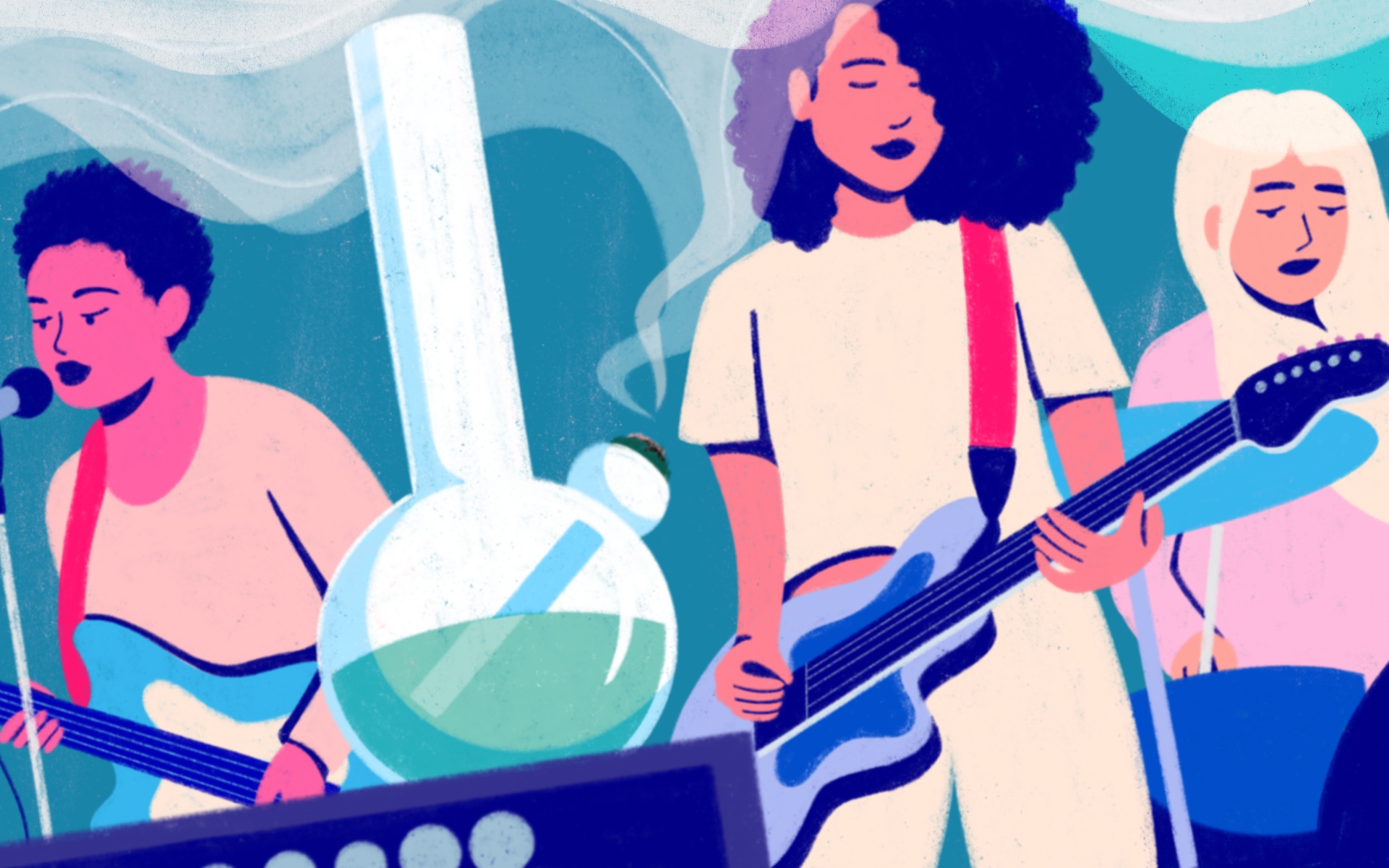 Creativity boost
Besides cannabinoids, cannabis contains substances known as terpenes responsible for its distinctive aroma and they play an important part in building the sensation of high. Historically there are two species of marijuana – Indica and Sativa, containing different combinations of terpenes. Nowadays there are also a lot of hybrid strains combining the beneficial effects of both species.

Some strains work best for people who require a boost in creativity giving them unforgettable sensations known as cerebral high, characterized by the flow of thoughts and associations and a burst of energy, amazingly improving their working capacity. This effect can be very beneficial for people working in creative industries and show business. The type of cannabis working in that way is usually associated with Sativa cannabis, or Sativa-dominated hybrid strains, though some Indica-leaning hybrid may have similar qualities as well. 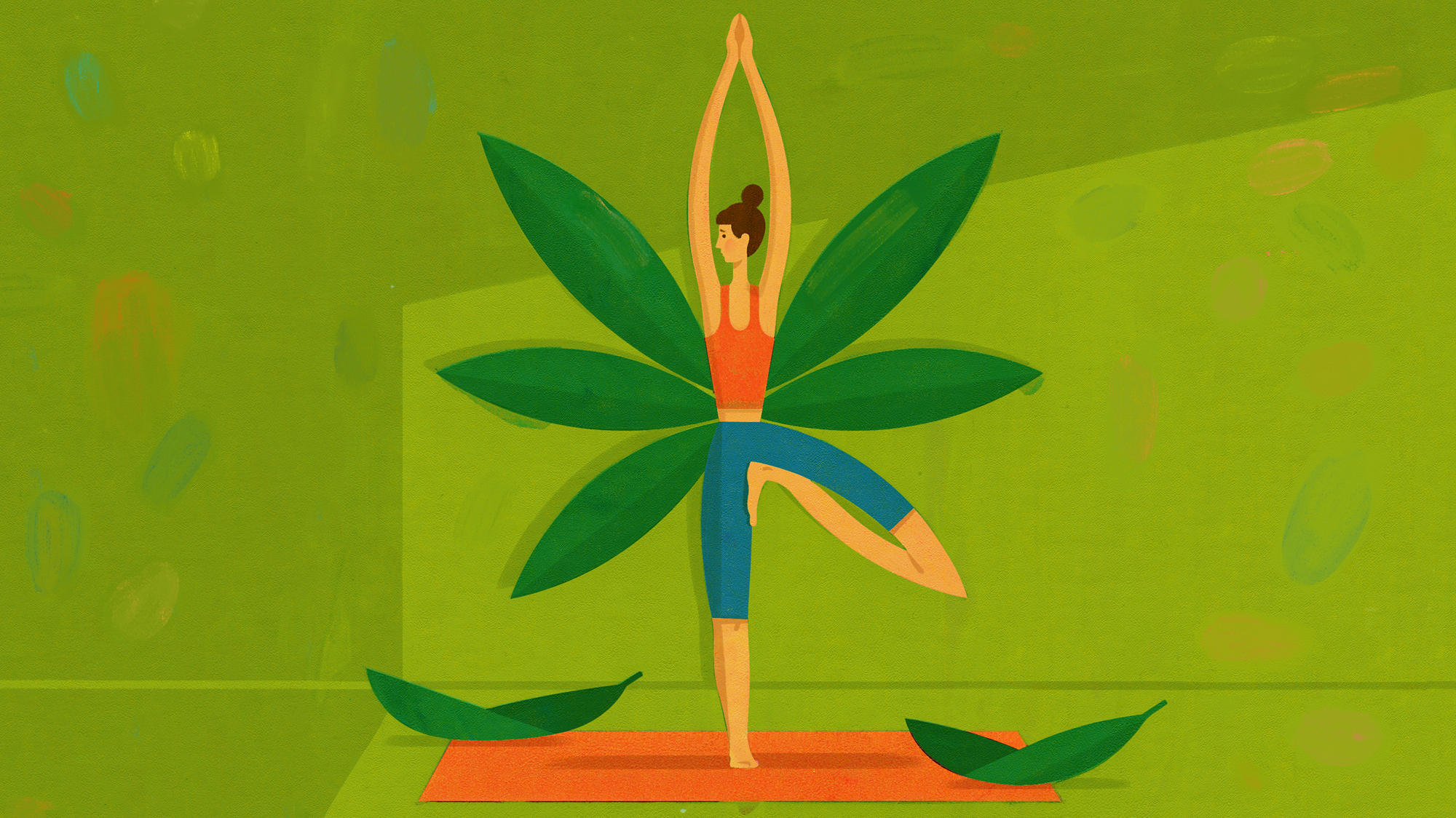 Indica-dominant strains usually show the different impacts on the human body varying from the deep relieving wave of muscle relaxation to nearly hypnotic sedated trance-like state of floating euphoria. This spectre of powerful deep effects may work incredibly well relieving the symptoms of such conditions as PTSD, stress, depression, chronic and temporary pains, insomnia and eating disorders. The possibility to forget about pain or tormenting thoughts makes marijuana a powerful alternative to the conventional medicaments with sometimes undesirable side effects.

Another great trait of marijuana is the property to induce hunger which is very helpful in fighting appetite loss and nausea, for example, due to reaction to such toxic medication as an anti-cancer therapy.

The way cannabis products are consumed also influences the outcome. Ingesting marijuana creates a more powerful and long-lasting effect resulting in body relaxation rather than cerebral high because the liver converts THC into its more potent and stable form circulating in the bloodstream for a longer time. At the same time eating weed edibles takes a much longer time, up to an hour, to feel the effect. So it’s important to start medicating through digestion with the small doses.

While there is a prejudice that regular use of marijuana impairs memory, there is also evidence that cannabis slows the progression of Alzheimer’s disease. Marijuana compounds have been found to remove from brain toxic clumps of amyloid beta protein which is thought to be responsible for Alzheimer’s progression.

Recent studies show that surprisingly even the heaviest marijuana users who smoke daily don’t appear to be at greater risk of lung cancer, unlike tobacco smokers. So, marijuana as well might have anti-cancer properties.

The greatest problem with cannabis is that web forums of cannabis connoisseurs have more answers for all the questions about cannabis than the official science that got rid of the stigmatization of cannabis as a dangerous drug not so long ago. For example, cannabinoid neurotransmitter was discovered only in 1988.

Nowadays there are so many marijuana products our ancestors could barely imagine. From combustible weed to edibles, oils, such as full-spectrum THC oils, isolate CBD oils, THC topicals, weedpens, CBD and THC vapes and even super-potent extracts as dab or wax which can give the consumers nearly psychedelic experience. Much more scientific research should be done to unwind the potential of cannabis to the fullest. But what we already know is quite impressive.

It can serve as a means of boosting creativity and improving the working capacity.

It’s a perfect non-toxic sleep aid you can’t overdose on.

Marijuana is a highly effective remedy in case of appetite loss and nausea, even caused by toxic anti-cancer medication.

There are signs that cannabis substances slow Alzheimer’s disease progression and even might have anti-cancer properties.

And, the last, but not the least. It’s a great cure for a huge hangover!